Clean eating seems ideal for parents who want to establish their children’s healthy habits early on. It’s no surprise really: “clean eating” is the perfect buzz term for parents who are faced with supermarket shelves full of baby and toddler food which is high in sugar content and low in nutritional value.

According to koodakpress، But while some clean eating plans are focused on a balanced diet – with less processed and more whole foods – others are extreme. Some advise cutting out things such as gluten, or whole food groups, such as grains and dairy – all the while advising us to consume so-called “super-foods” to maximise health and well-being.

There’s a reason why it’s called a “balanced” diet, and subscribing to any extreme nutritional plan can adversely affect child health on multiple levels. Excluding major food groups from our diet at any age can lead not only to inadequate calorie intake, but potentially malnutrition, and deficiencies in minerals and vitamins.

Gluten – a protein found in cereals like wheat, rye and barely – appears to be one of the main targets for clean eating plans. Although some people will have the clinical condition coeliac disease, which means their body has an inflammatory reaction to gluten, most people have no problems processing it.

Cereal products are recommended as one of the fundamental bases of a healthy diet by world leading health and nutrition organisations such as Public Health England, the Academy of Nutrition and Dietetics, and the US Department of Agriculture (USDA), and are a staple food in the Mediterranean diet. They contain the carbohydrates the human body needs to function, and so depriving constantly moving babies, toddlers and children from the main fuel for their muscles and brain can only delay their development. 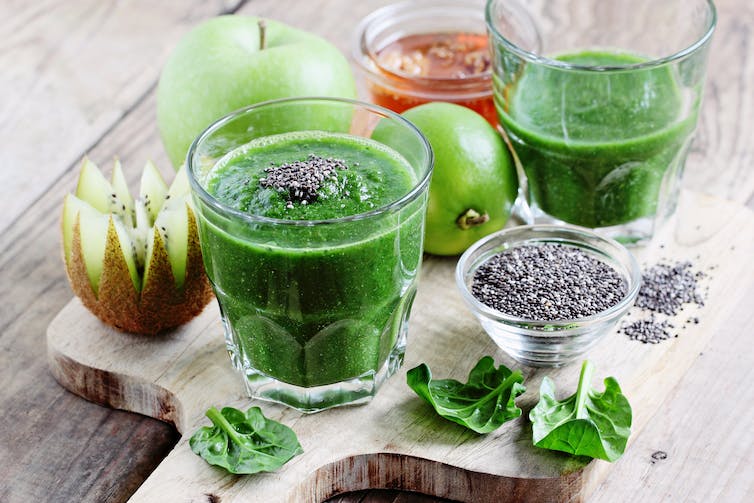 In addition to advocating that gluten should be cut, the extreme “clean eating” philosophy is that not all carbohydrates are created equal – even if it’s exactly the same molecules at the base of them. People are led to believe that refined sugar is the ultimate evil, a poison that will sabotage their health. Yet, they are happy to consume a “green” or “protein” smoothie that contains as much sugar as a can of fizzy drink without a whiff of guilt.

On the contrary, they feel they are doing something good for themselves and their kids, giving their bodies a boost of nutrients and even getting some veggie goodness into them. Similarly, a cake recipe that features agave syrup, honey or coconut sugar instead of refined sugar is marketed as a “healthy alternative” or a “guilt free” treat.

Some clean eating plans also advocate eliminating dairy products from the diet despite them actually being the most efficient natural source of calcium. A cup of milk or yogurt, or a slice of cheese, can contain anything from 300-400mg of calcium, while a typical serving of non-dairy sources – except for small fish eaten with their bones – does not tend to contain even 100mg, and usually falls well under that.

The average adult needs about 1,000mg of calcium per day. Children go through several growth spurts until adulthood and their needs are even higher – teenagers require 1,300mg, for example. If not carefully designed, a non-dairy diet can delay children’s growth and impact on future bone strength.

At the same time, many of the promoted superfoods, such as kale, beetroot and chia seeds, for example, can be potentially unsuitable for younger kids. Kale and beetroot are naturally high in nitrates that can be toxic for younger babies, while chia seeds swell up in the stomach filling the space for nutrient dense foods, and potentially causing upset tummies.

In addition to physical effects, imposing a clean eating diet may change a child’s attitudes to food, too. It is well established that the most effective way to create or increase desire is to restrict access. Younger toddlers, who are unaware of the existence of the “forbidden fruit” will not ask for it. But when the restriction is lifted and children taste the “new” palatable foods, they are unequipped to manage their natural desire for it.

Healthy eating should not only be about promoting foods that sustain physical health, but also behaviours that sustain a healthier relationship with food. What this whole trend of clean eating is missing is that food is more than a fuel for our body. It’s also centuries of culture, and ignores how people connect over a meal and enjoy it.

Ultimately, helping a child to be happy and healthy isn’t about being “clean” or “dirty”, it is about teaching them to enjoy nutritional foods, and to be aware of what makes up a balanced diet.